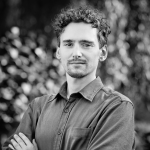 In the week before Christmas in 2016, the English community housing sector was gifted a five-year, £300m government pot of money thanks to former-Chancellor George Osbourne’s increased tax on second-home ownership. The first instalments of the Community Housing Fund were transferred straight to Local Authorities in two tranches before the March 2017 financial year end with varying success on the money reaching grassroots housing groups.

However with a snap general election and two more housing ministers, the second year of the fund didn’t materialise despite it being re-announced in November 2017 at the Community Housing Conference. Fast-forward to the start of this month and the Community Housing Fund has finally emerged!

So what do we know so far?

You can read more on the CLT Network’s website or watch their video briefing but essentially there is grant funding until March 2020 for all types of community housing groups to develop a vision, search for sites, create a design and get it through the planning system and applications for this will go directly to Homes England. There is also grant funding for enabling site infrastructure such as access roads which can be applied for through a Local Authority including Town or Parish Councils.

There is a Phase 2 of the fund which will cover building works for affordable housing in the form of grant and the current expectation is that groups will have to become a Registered Provider (RP) with Homes England or work with an existing RP such as a Housing Association. From years of trialling different approaches to grow the sector, the government agree that the best way to get homes built is through enabling sub-regional hubs who have expert advisors on the payroll and understand the technicalities of funding. Funding for these hubs will be released shortly and for the last 18 months we have been involved in the creation of an enabling hub for the Thames Valley called Collaborative Housing which will reinforce local action across urban and rural areas.

What does this mean for Oxfordshire?

The Community Housing Fund will build capacity for the community sector in Oxfordshire to meaningfully engage with recent announcements such as the £215m Housing and Growth Deal, which includes £60m for affordable housing. If the homes built in the County are to be genuinely affordable and avoid the uncertain landscape that has developed over the last 40 years then it is well understood that the land these homes sit on needs to be held in perpetuity outside of private speculation. The community housing sector can do this and should be reinforced by all stakeholder institutions who have an interest in prioritising the wellbeing of those living and working in Oxfordshire.

Transition by Design has been at the forefront of the community housing sector with regular contributions to the national-level debate whilst also building a leading approach to supporting groups on the ground. We are currently working with five forming community housing organisations and landowners as Technical Advisors to the CLT Network and have a further two large schemes which we are engaging with as architectural designers.

Coral Cohousing in Brighton who we ran our OPAL workshops with in May and June. They’re supported through the Community Housing Fund by Brighton and Hove CLT.

An outcome of our OPAL Project with the charity Bioregional, which was funded by Joseph Rowntree Charitable Trust, was a suite of tools and workshops for supporting community housing groups. This has been put into practice with four groups spread all across the country and we’ve just finished delivering our entire vision workshop package to a cohousing group in Brighton (pictured) in which we helped them agree a set of targeted principles for finding a site and developed their capabilities for planning and building affordable homes. We’re assisting another resident-led group, who aim to build Community Land Trust flats for over-50s, in co-creating architectural drawings and developing a compelling narrative for convincing decision-makers and the local-community that this form of socially-cohesive development is highly desirable whilst meeting the needs of local people for decades to come.

If you are a housing group, Local Authority or landowner and would like to develop community-led homes in your area then please contact our Housing Lead, Charlie Fisher ([email protected]).

Doing meanwhile well: How to create effective and impactful temporary use

How we as architects and designers can maximise meanwhile use to transform our towns and cities. Across a number of… 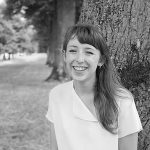 Temporary use as a permanent fixture: The future of meanwhile

Sign up for the latest news, ideas & events from Transition by Design